Meet our Board Directors 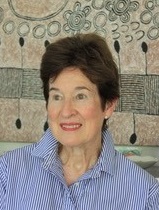 In 1990, Margaret was appointed to the Supreme Court as Master, then as a Judge in the Trial Division and to the Court of Appeal in 2010, retiring in June 2013. Margaret was Deputy President of the Defence Force Discipline Appeals Tribunal from 2008 and held commissioned rank in the Royal Australian Navy retiring as Commander in 2006. She was a member of Senate of the University of Queensland from 1993 to 2006 and Deputy Chancellor from 2006 to 2009.

After retirement from the Court she was appointed and continues as an Adjunct Professor in the Law School in the University of Queensland. She has conducted enquiries for several governments since retirement.

She is the independent chair of the Queensland Catholic Education Commission appointed by the Bishops of Queensland in March 2018.

She was awarded a Centenary Medal in 2003 for services to the law and appointed an Officer in the Order of Australia in 2013 for services to law and education. She has received Honorary Doctorates in Law from the Universities of Queensland and Adelaide. 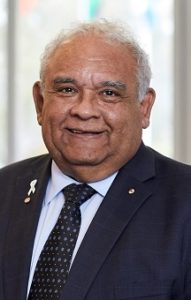 Professor Tom Calma AO (Patron) is an Aboriginal elder from the Kungarakan tribal group and a member of the Iwaidja tribal group whose traditional lands are south west of Darwin and on the Coburg Peninsula in the Northern Territory of Australia, respectively. He has been involved in Indigenous affairs at all levels and worked in the public sector for 45 years and is currently on a number of boards and committees focusing on rural and remote Australia, health, mental health, suicide prevention, education, justice reinvestment, research, reconciliation and economic development. These include the Australian Literacy and Numeracy Foundation, Poche Centres for Indigenous Health Network, Ninti One Ltd, National Aboriginal and Torres Strait Islander Leadership in Mental Health, Cancer Australia’s Leadership Group on Indigenous Cancer Control and The Charlie Perkins Scholarship Trust (CPST). The CPST provides scholarships for Aboriginal and Torres Strait Islander peoples to study post graduate courses at Oxford and Cambridge universities in the UK.

Professor Calma is currently undertaking the role of Co-Chair of the Senior Advisory Group for an Indigenous Voice to Government Review and is was a member of the Australian Education Council’s Post-Secondary Education Pathways Review and Deputy Chair of the Commonwealth Department of Health’s National Aboriginal and Torres Strait Islander Health Plan Implementation Plan Review Working Group. Professor Calma is patron of MCERA (Media Centre for Education Research Australia), Indigenous Allied Health Australia IAHA), Poche Indigenous Health Network (PIHN), Gayaa Dhuwi (Proud Spirit) Australia and the University of South Australia Deadly Alumni. He is an Adjunct Professor at the University of Queensland and an Adjunct Associate Professor at the National Centre of Indigenous Studies at the Australian National University.

Professor Calma was appointed National Coordinator, Tackling Indigenous Smoking in March 2010 to lead the fight against tobacco use in Aboriginal and Torres Strait Islander communities. Professor Calma was Aboriginal and Torres Strait Islander Social Justice Commissioner at the Australian Human Rights Commission from 2004 to 2010. He also served as Race Discrimination Commissioner from 2004 until 2009.

Professor Calma has chaired the Close the Gap Steering Committee for Indigenous Health Equality which has effectively brought national attention to achieving health equality for Indigenous people by 2030.

Professor Calma has been an expert consultant to the Aboriginal and Torres Strait Islander Suicide Prevention Evaluation Project (UWA); a Chief Investigator on the ARC Project ‘Reducing Incarceration using Justice Reinvestment: A Case Study’ (ANU); a member of the Review Panel of the David Unaipon College of Indigenous Education and Research of the University of South Australia; and a member of the Indigenous Research Ethics Guidelines Review Working Committee of the National Health & Medical Research Council.

In 2007, Professor Calma was named by Bulletin Magazine as the Most Influential Indigenous Person in Australia; in 2008 he was named GQ Magazine’s 2008 Man of Inspiration for his work in Indigenous Affairs.

On 20 May 2010, Professor Calma was awarded an honorary Doctor of Letters from Charles Darwin University and was named by Australian Doctor Magazine (2010) as One of the 50 Most Influential People in Medicine in Australia.

On 15 February 2011, Professor Calma was awarded an honorary Doctor of Science from Curtin University and in 2012 was awarded an Order of Australia; Officer of the General Division (AO) for distinguished service to the Indigenous community as an advocate for human rights and social justice, through contributions to government policy and reform, and to cross cultural understanding.

In January 2015, Dr Calma was appointed a Professor of Practice (Indigenous Engagement) at the University of Sydney to perform the role of Chair and Patron of the Poche Indigenous Health Network. The Network is located in 5 universities across five states and the NT.

In November 2020 Professor Calma was honoured with the bestowing of an ‘Australian Hero Tree’ (Hoop Pine tree) at the National Arboretum in Canberra to publicly recognise his significant contribution to Australia society.