Dr Dimity Dornan AO (1992) is an entrepreneur, speech pathologist, researcher, Chair of Bionics Queensland and a Fellow of Australian Academy of Technology and Engineering. In 1992 she established Hear and Say as a leading not-for-profit for children with hearing loss learning to listen and speak, particularly with surgically implantable hearing technology like the bionic ear.

Dr Dornan’s current work aims to take outcomes similar to the majority of bionic ear recipients to other new spinoff devices. She has been recognised with numerous awards and was inducted in the Queensland Business Leaders Hall of Fame (2017), awarded the Business Leader of the Year – India Australia Business and Community Awards (2017), Australia Not For Profit Technology Awards 2018 Lifetime Achievement award (2018) and Queensland’s Senior Australian of the Year (2018). 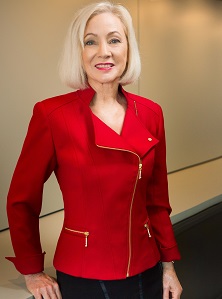 Due to the impact of COVID-19 on international travel, the Winston Churchill Trust will not be offering a Churchill Fellowship application round in 2021.