Inspector Allen (2010) joined the Police Service in November 1986 and has served in a wide range of areas.  He is currently appointed as the manager of Operational Training Services at the Queensland Police Academy providing oversight to the development and implementation of operational skills training for all police.

He was formerly the Officer in Charge of Queensland’s largest station – Brisbane City and had performed duties as OIC at Fortitude Valley, OIC Indooroopilly Division, Operations Tactician for Brisbane West District, a team leader with the Public Safety Response Team and a team leader in the Tactical Crime Squad.  He has lectured at the Qld Police Academy, worked at Brisbane Mobile Patrols and served at several suburban stations. 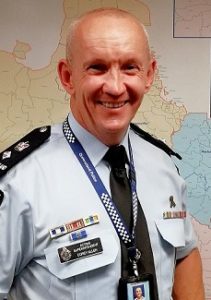 Ben Bjarnesen (2016) is a passionate educator, campaigner and speaker who believes that all people no matter what their sexuality or gender identity is, deserve the right to live a life free from domestic, family and intimate partner violence and abuse (DV).  Ben became a fierce advocate for improved services for LGBTQ victims and survivors of DV after discovering an incredible gap in services when he, himself, experienced abuse within a same-sex relationship.

Ben is a 2016 Churchill Fellow who travelled to the USA, Canada, UK and the Netherlands where he explored best practice solutions for Police Departments to enhance the way in which they respond to domestic violence in LGBTQ communities, revealing the critical need to have LGBTQ inclusive and accessible support services.  He has since been actively involved in advising government and non-government organisations internationally on a range of initiatives designed to improve service delivery to LGBTQ communities.

Ben is an operational Police Officer and volunteers as the Regional Coordinator of the Queensland Police Service LGBTI Liaison Officer Program and has previously been named as one of the top 50 most influential and inspiring LGBTI Australians by Cosmopolitan Magazine for his work in this area.

He is on the Board of Directors for DVConnect Ltd and is involved with various other not-for-profit organisations.  In 2020, he founded the LGBTQ Domestic Violence Awareness Foundation which aims to help end domestic, family and intimate partner violence and abuse within LGBTQ communities, by increasing visibility through an annual awareness day campaign.

Ben is an awarded educator and campaigner and in 2020 he had the honour of being inducted into the Queensland Government Domestic & Family Violence Prevention Honour Roll. Most recently he was named in the Outstanding 50 LGBTI+ Leaders report by Deloitte and also as a Human Rights Hero by the Australian Human Rights Commission. 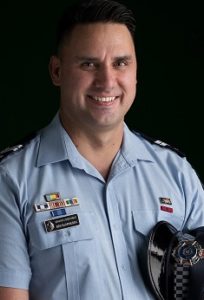 SUBJECT: OPPORTUNITIES AND OBSTACLES THAT TECHNOLOGY PROVIDES FOR INDIGENOUS COMMUNITIES IN QUEENSLAND.

Dr Maurice Carless (2005) is an Assistant Commissioner with the Queensland Police Service (QPS).  He currently leads the Office of State Discipline and has previously held command positions in Intelligence and Covert Services Command, State Crime Command and prior to that as the Executive Director, Specialist Services, Queensland Crime and Corruption Commission.

Maurice completed a Churchill Fellowship in 2005 researching techniques in child death reviews for Indigenous Australians.  Maurice holds post graduate degrees in applied management and executive leadership as well as a Master’s degree in public sector management and a doctorate in police leadership.  He has worked with the New Zealand Police, the FBI, New Scotland Yard and the Royal Canadian Mounted Police in the fields of child protection, Indigenous policing and major and organised crime for over 30 years.  In 2016 Maurice was awarded the Australian Police Medal. 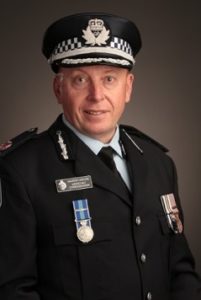 For the past 20 years, Toni Craig (2016) has worked largely within Queensland’s criminal justice system as a senior Manager across a range of functions, currently Director Policy, Strategy and Legislation in the Department of Youth Justice.  Toni is passionate about utilising data and evidence to inform policy and effective programs and services. In 2016 Toni was awarded a Winston Churchill Memorial Trust fellowship to investigate best practice in preventing and responding to youth crime. Toni spent several weeks in Denmark, Sweden, Finland and Canada and has successfully brought this experience to her work in Queensland. Toni was a member of a taskforce to deliver the 2018 Atkinson Report on Youth Justice. This report was seminal in driving the subsequent youth justice reform agenda Working Together: Changing the Story Youth Justice Strategy 2019-23 and Action Plan, which Toni and her team were responsible for bringing to fruition. This is now a key program of work, supported by significant new investment and underpinned by evidence, resulting in a contemporary, high performing Queensland youth justice system.

Justin Francis (2016) is an Operational Fire Officer within Queensland Fire and Rescue with 25 years of service. Experiences include attending and managing many thousands of emergency incidents ranging from oil spill disasters, flooding events, wildfires, structure fires and complex rescue incidents.

Justin is an active researcher, writer and presenter on fire safety in the built environment and is attempting to bridge the knowledge gap and challenge current practices within the building and construction industry to the world of operational firefighting and emergency response.   Awarded a Churchill Fellowship in 2017 provided an opportunity to further expand his global research and provide significant exposure to one of the worlds worst structure fire disasters, the Grenfell Tower Fire in London. The Churchill Fellowship also exposed Justin to the International shift in safety enhancements aimed at reducing work related illness’s associated with firefighting and he has been leading this implementation into Fire Agencies across Australia. 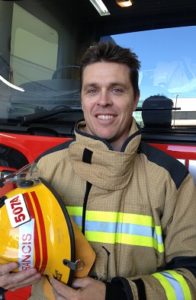