Associate Professor Richard Roylance (1995) is an Eminent Staff Specialist Paediatrician based at Logan Hospital (Brisbane, Queensland).  He has a clinical sub-speciality interest is in the field of child protection/child abuse prevention – being active in this area at the state, national and international level.  He has served on the executive of the Royal Australasian College Physicians (RACP) – Child Protection SIG, as President of Protect All Children Today (PACT) for 10 years, and as an Executive Board Member of the International Society for the Prevention of Child Abuse and Neglect (ISPCAN) for 14 years.

He is an Associate Professor with the School of Medicine, Griffith University in the area of Paediatric Medicine.  Dr Roylance has an appointment as a Sessional Member of the Queensland Civil and Administrative Tribunal (QCAT) since its inception.  He was a long-standing member of the QCAT’s previous iterations: the Children’s Services Tribunal (CST) and the Guardianship and Administration Tribunal (GAAT).

He held several senior appointments in government: chairing the Child Death Review Committee (a Health Minister Advisory Committee) for several years; and serving as deputy-chair of the Coordinating Committee on Child Abuse and Neglect (CCOCA).  He was Chair of the Metro South Human Research Ethics Committee (MS HREC) for four years (having previously served as Deputy-chair), and was the Paediatric Adviser to Queensland Health for almost a decade.

A/Prof Roylance was awarded a Churchill Fellowship in 1995. 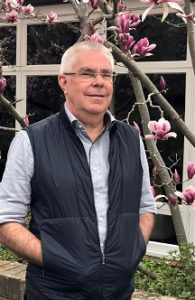