Given the success that South Australia evidenced with suppressing COVID-19 in the early months of the pandemic we were able to go ahead with a casual dinner at the end of July 2020; there was a large turnout and the atmosphere and chat were a rare pleasure to savour.  Over August and September two small gatherings of the 2019 Churchill Fellows and their mentors met at the Art Gallery of South Australia.  This proved a valuable opportunity to talk about Fellowship plans from the experience of Fellows who managed to travel, but were recalled to Australia mid-pandemic, and those who had not had the chance to travel. 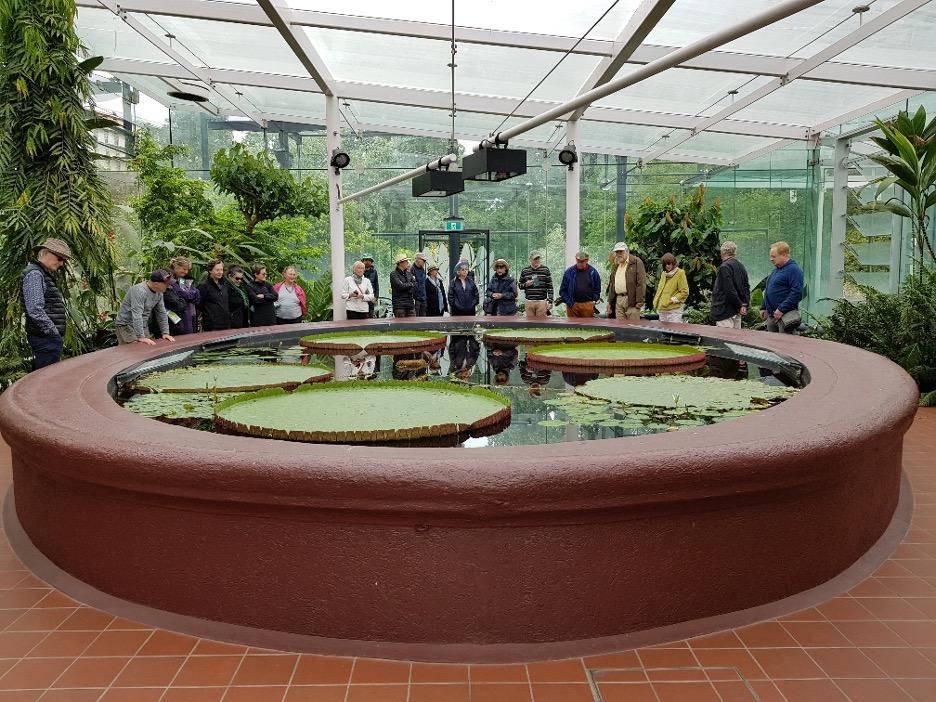 At the end of October John Zwar OAM CF led a ‘Winston Walk’ with a group of 28 CFs and their partners, family and friends on a beautiful and instructive meander around the Adelaide city botanic gardens, followed by warm drinks in one of the Garden’s cafes.  John received his Churchill Fellowship in 1978 to study the techniques of ornamental horticulture in semi-arid areas, travelling to the USA, Chile, South Africa, and Israel.  Fun fact – John started his career at the Adelaide city botanic gardens over 50 years ago! 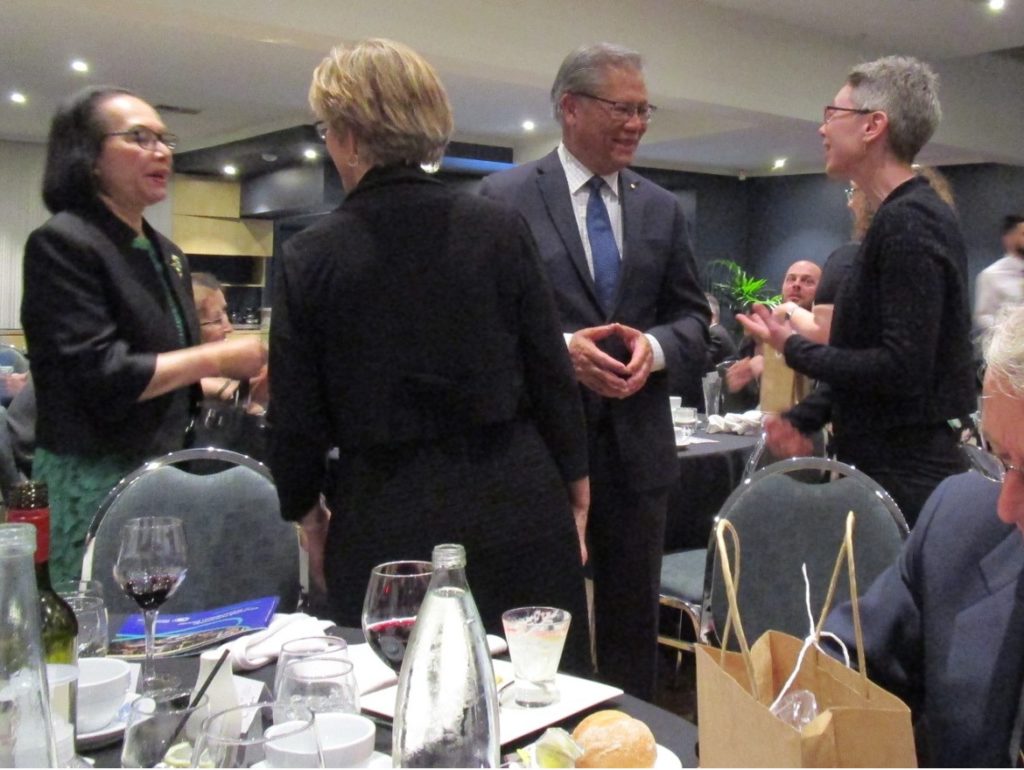 After a further casual dinner for CFs in October, we got down to the serious business of the annual dinner and AGM in November.  Unfortunately, with social distancing concerns, the awarding of the new 2020 CFs could not take place at Government House on the day of the dinner, as had been arranged.  However, we were fortunate to host our Patron at the dinner, then His Excellency the Honourable Hieu Van Le AC, Governor of South Australia.  We also hosted two new 2020 CFs from interstate who, by virtue of the state border restrictions, were unable to return to their own states – Jessica Colleu from WA and Summer Petrosius from NSW.

Two special awards were also made that night: the awarding of Life Membership to Loris Glass CF and the presentation of a special gift to Alexandrea Cannon as she stepped away from her role as Chair of the South Australian Regional Committee.  Both women worked to create stronger links between the CFA SA and the South Australian Selection Committee when Loris was CFA SA President, and they were integral in bringing about the Patronage of His Excellency, then Lieutenant Governor, to the CFA SA.  The Honorable Hieu Van Le is now approaching his 12th year as our Patron and we continue to value and appreciate his support of our association and Churchill Fellowships more broadly.  Alexandrea Cannon is a committed and enthusiastic supporter of Churchill Fellowships and, by extension, has demonstrated an active interest in, and support of, the CFA SA in her time as Chair.  The CFA SA formally recognised her support by way of a unique and beautiful plate created by Stephen Bowers CF, which was entirely fitting for the occasion.  Stephen was awarded his CF in 2014 to research specialist collections of historical blue and white ceramics to gain new understanding, inspiration and skills, travelling to the USA, UK, and the Netherlands. 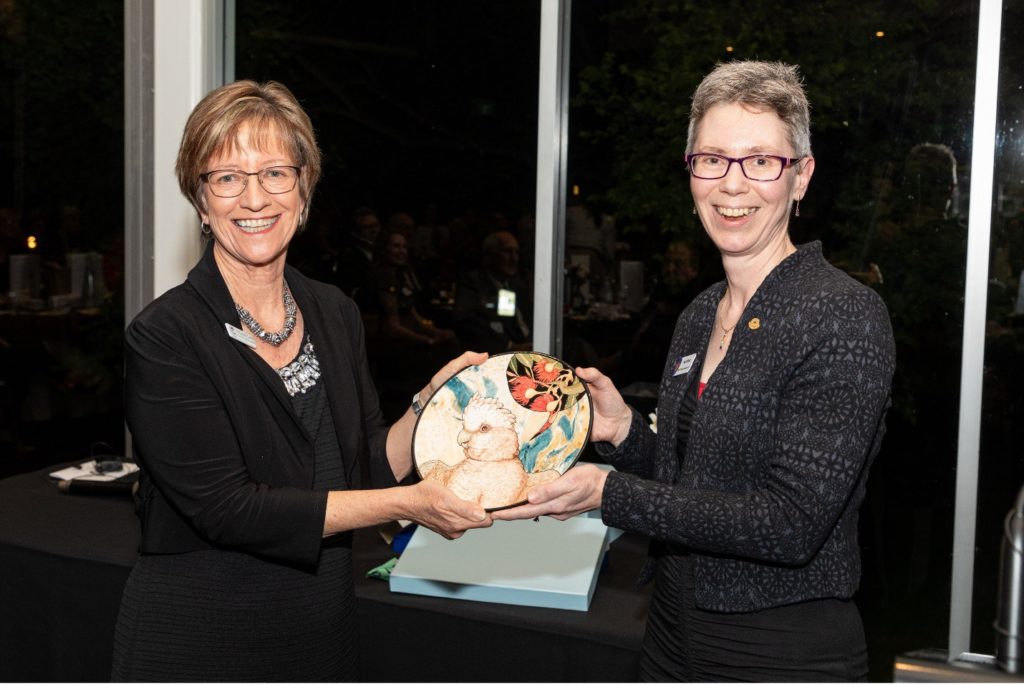 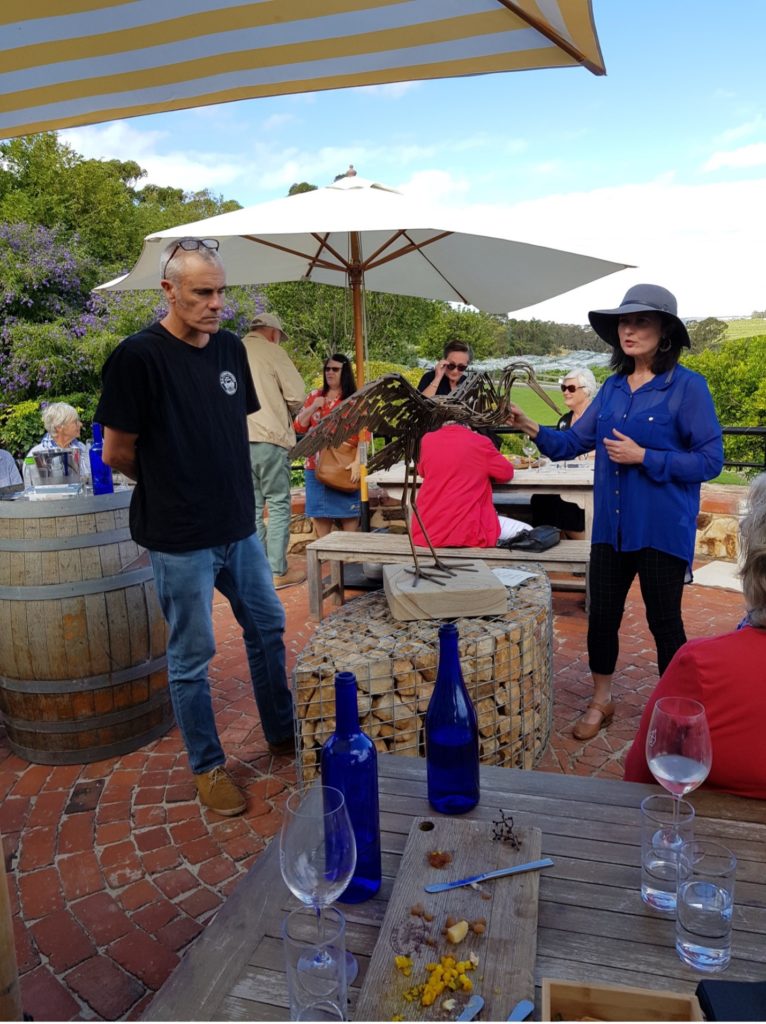 February also saw our first Churchill Chat for the year at Maxwell Winery in the McLaren Vale which hosted a sculpture exhibition by Churchill Fellow Meliesa Judge from Liquid Metal Studios.  Not only did we get to hear from Meliesa herself sharing insights into the exhibition, but also, we heard from Matthew Quinn CF of SA Composters who described his Fellowship and its impact on the development of great compost.

In early April we were privileged to finally co-host a fundraiser cinema screening of the Sixteen Legs documentary film, courtesy of Tasmanian Churchill Fellow, Dr Niall Doran.  The screening took place during the Adelaide school holidays and Dr Niall Doran was present for a Q&A session at the end of the film.  Monies raised will help to support the CFA SA sponsor a future Fellowship due to the generosity of Dr Niall Doran and the Bookend Trust in partnering this screening with the CFA SA.

2021 saw the continuation of the casual dinners, which are proving a popular way to catch up with a variety of Fellows and at the end of April John Zwar hosted a further Winston Walk, this time in the botanic gardens at Wittunga.

Unfortunately, pandemic outbreaks and restrictions in the middle of 2021 led to the cancellation and postponement of other planned CFA SA activities and the October National Convention for Churchill Fellows held in Brisbane became an online event in this constantly pivoting world.  Its theme, A Changing World, was never so apt as now and many speakers proved inspirational for those who attended the event online.  The National Convention, held every two years, returns to South Australia in 2023 so we hope to be able to plan for an in-person event; the last time South Australia hosted this was in 2008.

I would like to finish this report with thanks to departing committee members from the 2020-2021 year, Chris Wainwright and Sarah Jamieson, and to give deep thanks to continuing and new committee members for the 2021-2022 year: Donna Mayhew, Louise Kelly, Chris Morris, Barb Biggins, Monica Diaz, Penny Griggs and Peter Bleby.  This is my final year as President after a whirlwind three years, and Donna Mayhew takes the reins as I move to Treasurer and Lou Kelly to Secretary.  I thank you all for your support over this time, and I also give deep thanks to the WCMT staff and the regional selection committee.